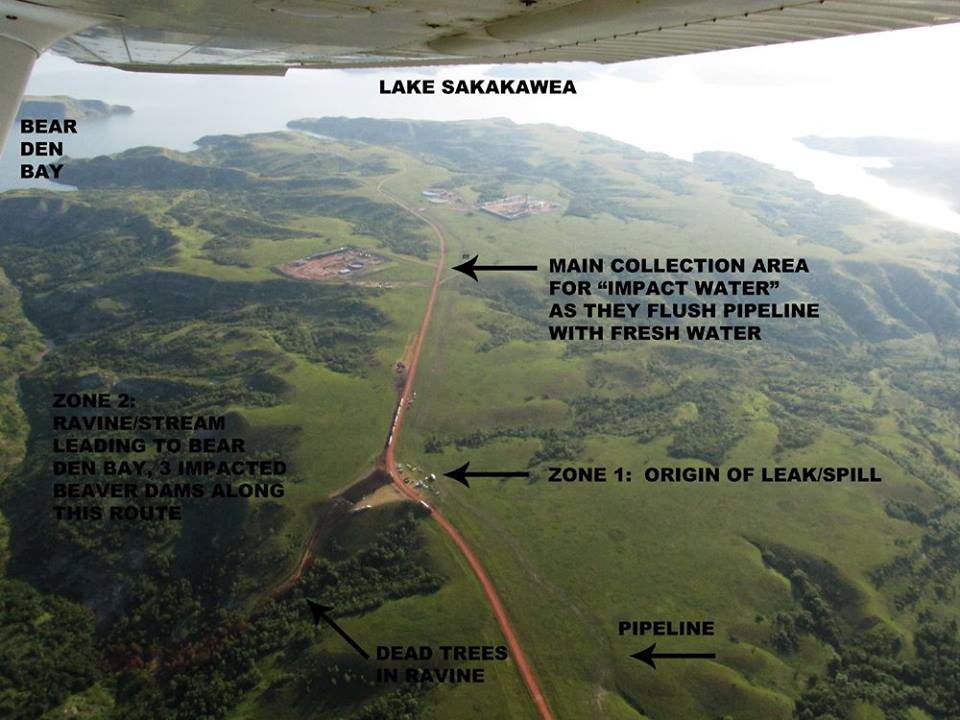 Official on spill: ‘We’re in the absolute dark’

WHITE SHIELD, N.D. — The environmental director of an American Indian tribe said he’s been shut out of the tribe’s response to a massive saltwater spill on its North Dakota reservation, and criticized leaders for leaving the public “in the absolute dark” on its severity.

Edmund Baker’s remarks came at an environmental forum this week on the Fort Berthold Indian Reservation, home to Three Affiliated Tribes and the source of almost one-third of the state’s 1 million barrels of daily oil production.

Baker, who is running for tribal chairman this fall, said he hasn’t been allowed to see water or soil test results even though his job includes making sure the tribe is upholding its environmental code.

“We’re in the absolute dark as to what the severity was when it happened, both soil and water,” Baker said. “They say that it didn’t reach the lake. They say, no, it’s not in the groundwater. Show me the studies.”

In an interview Wednesday, Three Affiliated Tribes natural resources administrator Claryca Mandan disputed Baker’s claim, saying he had not asked for documents on the spill. More broadly, she said information gathered by her office is not public until it’s cleared by the tribes’ legal department.

In one of the largest oil field spills ins state history, an estimated 1 million gallons of saltwater spilled from an underground pipeline near Mandaree, on the western edge of the western North Dakota reservation, before it was discovered July 8. The saltwater — an unwanted byproduct of oil production that’s considered an environmental hazard — traveled nearly 2 miles into a ravine, killing grass, bushes and trees along the way.

What happened after that isn’t clear.

Tribal Chairman Tex Hall said on July 9 that the saltwater had reached a bay of Lake Sakakawea, a Missouri River reservoir that provides drinking water for the reservation. Crestwood Midstream Partners LP, whose subsidiary Arrow Pipeline LLC operates the pipeline, said the next day that Hall had misspoken and meant to say it reached a ravine leading to the bay.

The Environmental Protection Agency said in early August it was “likely” some saltwater had reached the bay. But the EPA also noted big water bodies like Sakakawea — one of the largest man-made lakes in the U.S. — can quickly dilute pollutants.

No one has publicly reported ill effects from the water since the spill.

North Dakota Industrial Commission documents obtained through an open records request include handwritten notes mentioning contaminated water running into the lake on July 8. But when asked about the notes, commission officials said they were preliminary and would not confirm to The AP that saltwater reached the lake.

Baker said that when he first heard of the spill, he could tell it was beyond the capabilities of the environmental division and called the North Dakota Department of Health. He said he was also contacted by the EPA representative who was en route from Denver.

Baker said tribal leaders, citing sovereignty and jurisdiction, forced federal and state investigators off the site when they arrived, even though the tribes’ environmental division lacked the equipment to test water and soil.

He said that essentially left the spill in the hands of Crestwood, which said saltwater did not make it into Lake Sakakawea, partly because beaver dams helped stem the flow.

In his remarks at the forum, Baker said he determined based on visual observations soon after the spill was discovered that saltwater had reached the lake. It wasn’t clear how Baker could tell.

“It did reach the lake,” Baker said. “The amount is arguable, that’s the point I can’t prove.”

Mandan, the natural resources administrator, questioned Baker’s motivation as he campaigns for tribal chairman. And she repeated that the tribes believe the spill did not reach Lake Sakakawea.