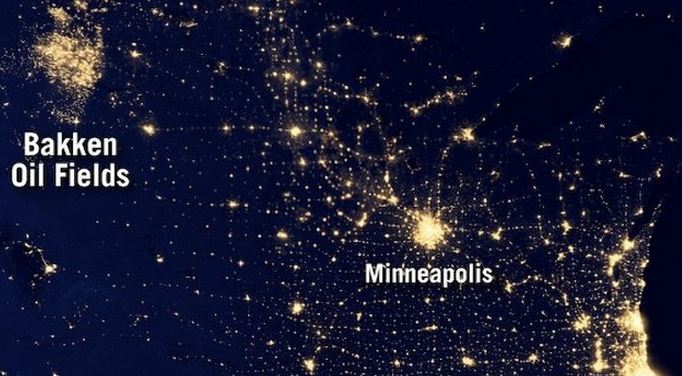 Legislature will be asked to restore flaring reduction to SB 2343

Today, land owners, mineral owners and other North Dakotans will ask the House Energy and Natural Resources Committee to amend SB 2343 to restore the bill’s original intent to reduce flaring. Last month, the Senate “hog-housed” the bill and flipped it from requiring payment of royalties for flared gas into a bill that would sabotage the North Dakota Industrial Commission’s policies for gas capture plans.

“The Senate actually went backwards,” said Don Morrison, director of Dakota Resource Council. “Unfortunately, they were listening to the powerful oil industry lobby rather than the people here who want to have oil development without as much damage to our state and other people in the process. The least we should do this session is to have oil companies meet their obligations for the gas they waste.”

The Senate also killed a bill that would have reduced from one year to 90 days the time oil companies are allowed to flare. Fifty-eight percent of North Dakotans would support an even stronger measure to withhold drilling permits for new wells until oil companies put in place the means to capture and take to market the natural gas they are burning off through flaring.

North Dakota flares 24 percent of its natural gas. “That compares with one or two percent in most other states,” said Wayde Schafer, conservation organizer for the Dacotah Chapter of the Sierra Club. “The legislature should be working to reduce flaring, rather than taking a shot at the Industrial Commission.”

On July 1, 2014 the North Dakota Industrial Commission adopted policies aimed at reducing flaring. The policies included requiring oil companies to have gas capture plans. However, the commission has started granting waivers from the plans to companies who say they find reducing flaring too difficult. Unfortunately, SB 2343, as amended by the Senate, would inhibit these fairly weak policies.

Schafer said, “We will ask the House to make efforts to reduce flaring stronger, rather than weaker.”

The poll, commissioned by the Dakota Resource Council and the Dacotah Chapter of the Sierra Club, interviewed 901 randomly selected adults in North Dakota between February 18 through March 6, 2015. The poll was conducted by the Social Science Research Institute at the University of North Dakota. In order to provide a probability-based sample representative of all such individuals, a dual-frame random digit dial (RDD) sampling methodology was used, whereby both landline and cellular telephone numbers were included in the sample. The statewide sample yields an error margin of +/- 5.2%.

Founded in 1978, Dakota Resource Council is a statewide, multi-issue organization bringing together farmers, ranchers, small business owners, workers and other North Dakotans to address issues that affect their lives and livelihoods.