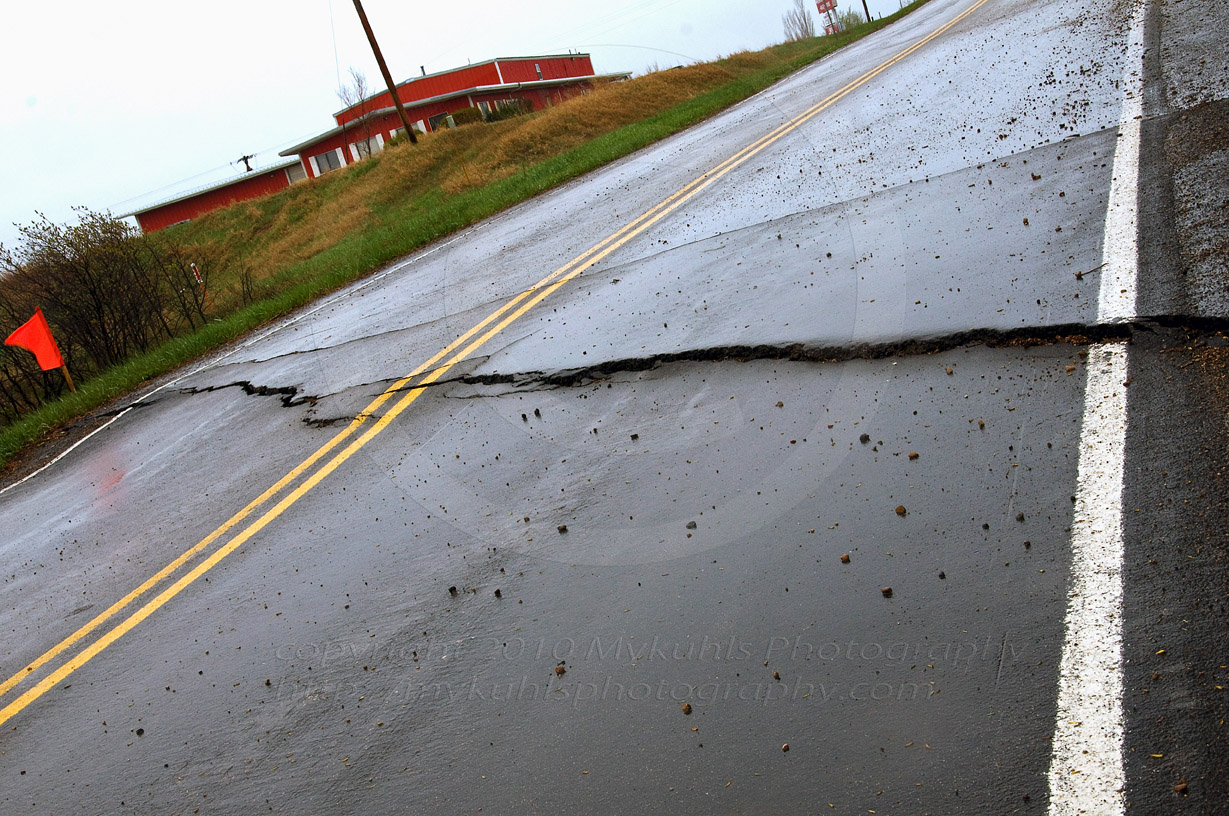 Roads built for farmers hauling crops are now host to 18-wheelers in the Bakken and Eagle Ford shale oil-producing regions, and the ensuing damage has had ill effects on the industry and residents.

“If you drive a cattle truck one or two times a year, you’re not affecting that road very much, but the first day you drive a 175,000-pound substructure of a drilling rig up that road you begin to destroy it,” said Daryl Fowler, the county judge in DeWitt, Texas. “You’re looking at $2 billion of capital investment in our county alone that will be thwarted or curtailed completely if the road system is abandoned and they can’t get their product to market.”

In Texas’ La Salle County, diverted traffic has led to more car wrecks — more than double last year compared with a decade ago with 232 wrecks, according to state highway department records. There were nine fatalities last year; in 2003, there were two.

In response, North Dakota’s Department of Transportation has boosted road construction spending from $250 million annually in 2007 to $800 million, said spokeswoman Jamie Olson. And in Texas, a constitutional amendment will be on the ballot in November to allow $1.4 billion in oil and gas tax revenue to go toward road work instead of a rainy-day fund.

“We know that $1 billion will be needed to maintain roadways in all energy-producing areas of our state, including South Texas,” said Nick Wade, spokesman for the department. “That’s in addition to the $1 billion needed for regular road maintenance and the estimated $3 billion for new construction to address congestion” (Dan Murtaugh, Bloomberg, July 11). — AI