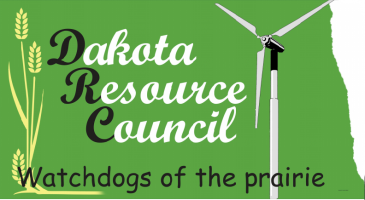 BISMARCK—As most North Dakotans’ know, the new seasons often mark changes. But
while some things may change, they also stay the same.
Don Morrison, Executive Director of the Dakota Resource Council, is counting on this as
he and the DRC Board of Directors announce his retirement this month. Morrison has
been at the helm for six years and will help transition in a new Executive Director later
this summer.

Dakota Resource Council is a statewide non-partisan grassroots organization that
promotes sustainable use of North Dakota’s natural resources and family-owned and
operated agriculture by building member-led local groups that empower people to
influence decision-making processes that affect their lives and communities. DRC will be
celebrating 40 years of work this year and has grown from a one-person office to a staff
of seven with hundreds of members statewide.

April Fairfield, Chair of the DRC Board of Directors, says DRC has been fortunate to have
Morrison’s expertise and skill at the helm of DRC. “For decades, Don Morrison has been a
nonprofit leader, an advocate, an organizer, a voice for the voiceless, and a champion of
justice,” she said, “And for the last six years, he has provided tireless leadership to DRC
by working side-by-side with our DRC member-leaders. While we are sad to lose him, he
has certainly earned his right to a long retirement. Knowing Don, he will remain
passionate and involved as a member and continuing to champion issues impacting our
communities, state, and nation.”

Morrison says he feels comfortable with his retirement because the organization is now
at a pivotal time in its development. “DRC’s finances are strong, our members are
engaged, the Board is providing strong and focused leadership, and we have a great staff
who are really dedicated and passionate about what they do,” he said. “I feel confident
we have the capacity to continue growing in the core mission of our members.” Morrison
says his greatest accomplishments include sustaining financial stability and re-
energizing the commitment to a more local approach to grassroots organizing. “It’s so
important now,” he says, “The voices of the people who live here are not heard like they
used to be. The powerful get their own way, often without local input.”

Morrison says one his hopes for the organization in the next ten years is that the voices
of every-day North Dakotans – family farmers, ranchers, landowners, workers, folks in
small town communities– will have an impact on energy and family-owned agriculture
policies. “DRC has never been against energy development,” says Morrison. “We’ve
always advocated for safe, responsible energy development that doesn’t destroy where
we live in the process.”

Morrison says although he’s retiring, he has a feeling his involvement will continue as a
volunteer and member. “I’ve been working for economic and social justice all of my life. I
think it’s a really good time to pass the torch. But I’m not really going away,” he laughs.