Industry: North Dakota oil no more volatile than others – The Associated Press/The Trucker 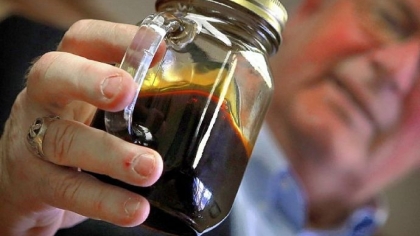 Industry: North Dakota oil no more volatile than others

BISMARCK, N.D. — North Dakota oil officials presented state regulators an industry-funded report Wednesday that says Bakken oil is no more dangerous to transport by rail than other crudes and fuels.

The North Dakota Petroleum Council’s report is contrary to a federal assessment that says Bakken oil may be more flammable than other crudes.

The reports come after a string of fiery accidents involving Bakken crude.

Industry consultant Dennis Sutton told the North Dakota Industrial Commission the two reports agree that characteristics of Bakken oil are similar. But he says the reports reached different conclusions on its volatility.

The Trucker staff can be reached to comment on this article at editor@thetrucker.com.