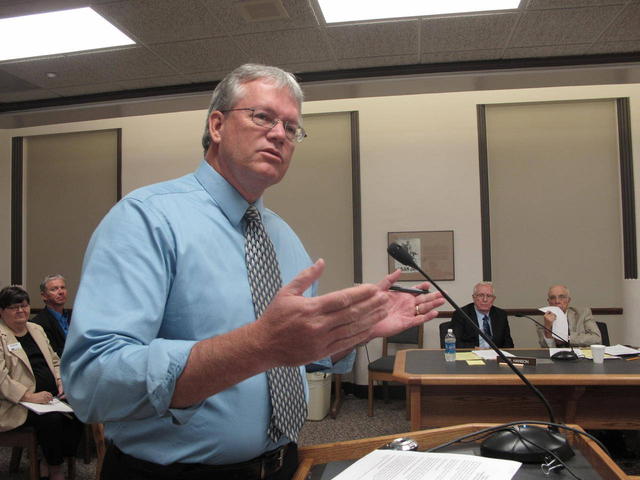 DICKINSON, N.D.  — A top North Dakota public health official told a meeting of energy company representatives in Dickinson on Wednesday that more needs to be done to ensure environmental protections in the state amid its oil boom.

“Drill. Develop. Let’s get that oil, but let’s get it in a responsible manner,” said Dave Glatt, head of the state Department of Health’s environmental health division. He was one of several speakers at the annual meeting of the North Dakota Petroleum Council, a lobbying group.

Glatt said that high-ranking oil company officials frequently guarantee him that their companies have cultures devoted to protecting the environment. He said he believes them but added, “What I don’t see is necessarily that message getting down to the boots on the ground.”

The Health Department will continue targeting companies that repeatedly show the same violations or fail to correct their ways, Glatt said.

“We’ve had some sites where they’ve said, ‘It’s all clean,’ and all that’s been done is scoria has been placed over the contaminated soil,” he said, referring to the chalky, reddish rock often used in road construction in the oil patch.

Doug Goehring, North Dakota’s agriculture commissioner, a Republican who is running for re-election in November, said he believed the oil industry and agriculture were prospering side by side in the state. The commissioner, along with the governor and attorney general make up the state’s Industrial Commission, the main body that governs the oil and gas industry.

“The truth is, when problems do occur, the reason is rarely too few regulations,” he said.

Rather than government forcing regulations on the oil industry “solutions have to be market- and industry-driven,” he said

Goehring’s opponent, Democrat Ryan Taylor, also spoke Wednesday. Taylor, who has called for additional regulations on the oil industry in the past, said Wednesday that he hopes oil production will continue for decades to come, adding that he thinks the industry can prosper alongside agriculture.

If elected, he said, the oil industry can “expect me to be fair. They can expect me to have an open door.”