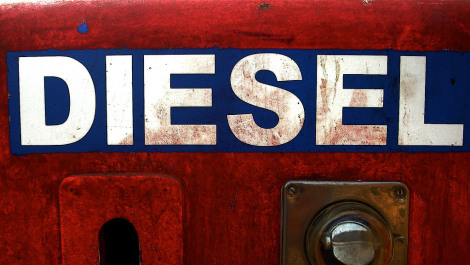 A Washington-based environmental group says a report it will release Thursday finds that oil companies in North Dakota and other states continue to use diesel fuel in hydraulic fracking, despite oil industry claims to the contrary and new federal rules.

The Environmental Integrity Project says its report “Fracking Beyond the Law,” will show use of diesel in fracking despite new guidance issued in February by the federal Environmental Protection Agency.

The project names North Dakota among states that it will target in the report, but a spokeswoman for the state’s Oil and Gas Division doesn’t believe there are any smoking guns.

Spokeswoman Alison Ritter said all but one oil company drilling in North Dakota quit using diesel in fracking starting in 2012. The one that still did, Oasis Petroleum, last used a small amount as a defoaming agent in fall of 2013, she said.

As of February, when the EPA diesel guidance took effect, companies have been told when they seek a drilling permit that if they plan to frack with diesel they must apply for a special injection permit, and none have, Ritter said. She said the Environmental Integrity Project made an open records request for those diesel injection permit applications.

Ritter said the Oil and Gas Division audits all frack completions within 60 days to verify fluids and chemicals registered on the required FracFocus website.

Ritter said none of those audits revealed any of the five chemical abstract numbers for diesel that would require the special injection permit.

“I’ll be really surprised if they (Environmental Integrity Project) have any information that we don’t have,” Ritter said.

If they do, they should give North Dakota a heads-up “so we could remedy the situation,” she said.

The project says its report will show that diesel use in fracking continues in Pennsylvania, Texas, Colorado, Montana, Arkansas, Oklahoma, New Mexico, Utah, West Virginia, Louisiana, Kansas and Wyoming, some as recently as March and June.

The Environmental Integrity Project’s website says it is a nonprofit founded in 2002 by former EPA attorneys.