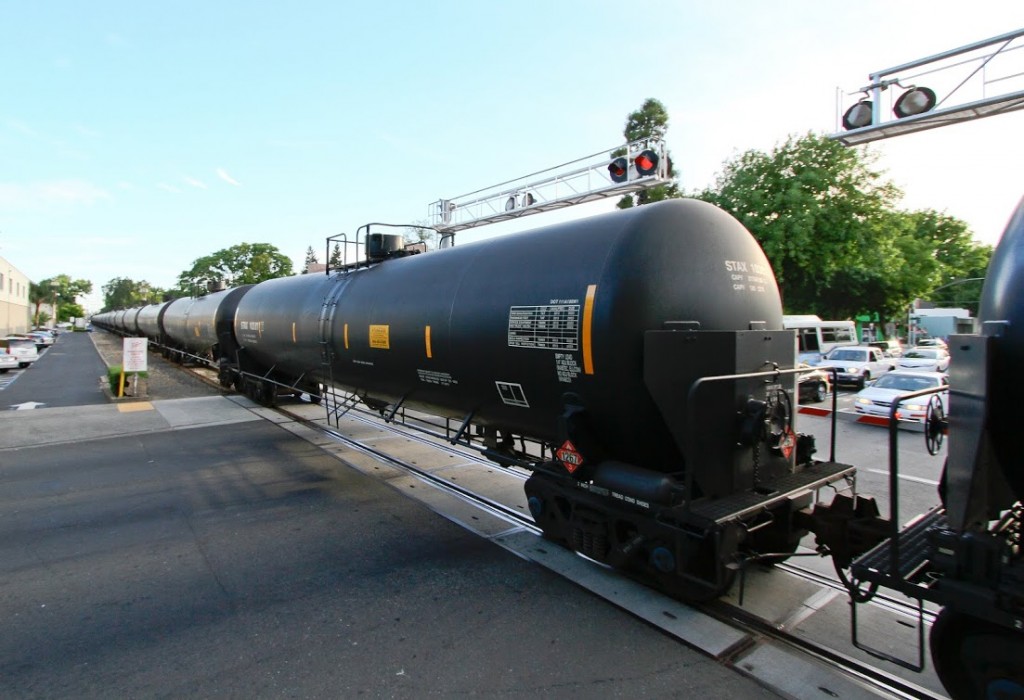 BNSF, the nation’s largest railroad and hauler of oil by rail, has pledged to buy 5,000 future oil tank cars, which don’t yet exist. But prototypes of the third-generation tanker have been built, and await federal approval before being mass produced and deployed on a large scale, Rose said in an interview in Seattle this week.

“At the end of the day what we are try to do of course is improve the safety, reduce the probability of release,” Rose said. “When we look at probability of releases in an accident, it is literally like 80 percent safer (using) the next generation tank car than it is with the original (DOT)-111 tank car. So these are significant reductions .. in what is already a very, very safe railroad.”

He also said his company plans to offer incentives such as lower hauling rates for oil shippers that use the new tank car. Details of that rate system are just being worked out but Rose said companies that want to ship the more volatile Bakken crude oil produced by “fracking” in North Dakota would need to use the better rail cars or pay a higher rate.

An exception would be if shippers chose to remove volatile natural gas liquids from the crude oil produced by the hydraulic fracturing method.

“I’m extremely skeptical …” said Eric de Place, policy director of Seattle-based Sightline Institute, who hasmonitored recent oil-and-coal-train activity in the Northwest. “I think the reason he’s out in the Northwest is because of all the bad PR he is getting, and I think the bad PR is deserved.”

De Place said it is “super” that BNSF is talking about the $5 billion it is investing into its national network this year, including in Washington. But he said recent news accounts have made it clearer in this state and others that railroads “are not adequately managing the flow of commodities, particularly the flow of agricultural commodities” which are competing for space on the rails with oil.

Oil-by-rail safety has become a pressing public policy issue since the July 2013 derailment in Canada’s Quebec province spilled 6 million liters of light crude and killed 47 people in a fiery explosion in the town of Lac-Mégantic. Other fires or explosions in smaller U.S. derailments have added to concerns nationally as the U.S. Department of Transportation weighs new rules requiring safer tank cars.

Such shipments only began locally in 2012 but hit 17 million barrels last year, and U.S. Sen. Patty Murray, D-Wash., has predicted during congressional hearings that volumes could go much higher.

Gov. Jay Inslee earlier this summer asked his Department of Ecology to speed up its evaluation of risks to produce a report now due Oct. 1.

BNSF has reported it sends between 15 and 17 trains through the state weekly. the state — That includes 11-to-16 through Pierce County and 10-to-15 through Thurston County. Each consists of about100 tanker cars. Rose doesn’t expect to see more this year, but he noted that oil-terminal proposals awaiting state approval in Hoquiam and Vancouver could increase future traffic in the state.

Rose also acknowledged there are choke points in the system but said BNSF plans another major investment in its network in 2015, which he hopes can alleviate concerns that oil or coal train traffic will crowd out agriculture’s use of the rails.

Asked if a disaster like Quebec’s could ever occur in a place like Washington, Rose said, “Sure, it could.” But he said it is important to remember that BNSF safely hauls larger quantities of chlorine, ammonia and other chemicals that he regards as far more dangerous.